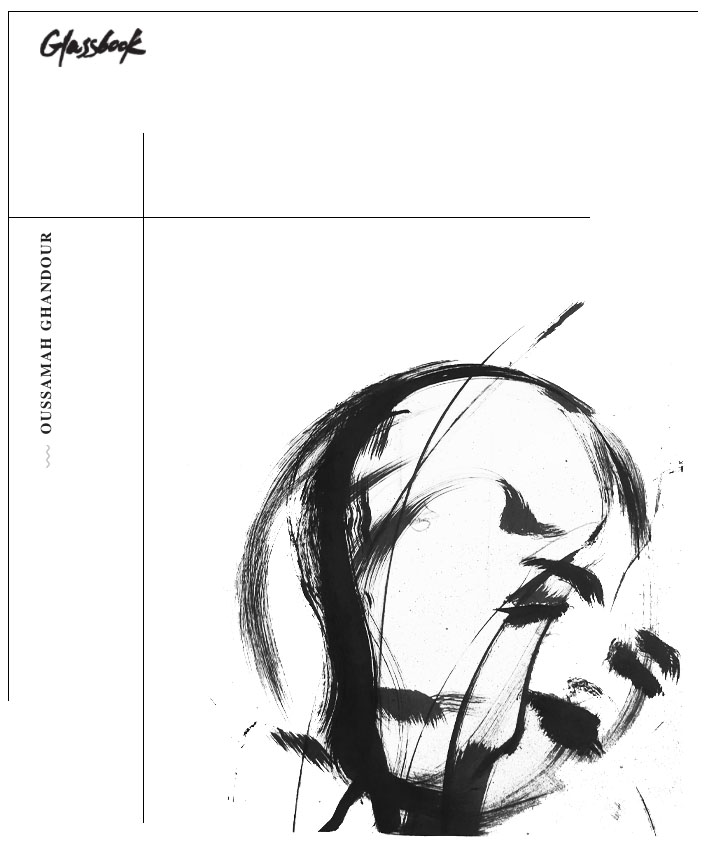 When viewing an Oussamah Ghandour painting, one quickly realizes that the art is not merely in the picture, or image, that is seen. It is a wholly collaborative experience, a dialogue between the artist, his artwork, and the viewer. If the viewer listens carefully, he or she might hear the voice of the artist questioning the nature within us all.

Born in Lebanon in 1978, Ghandour began his journey as an artist at the age of five, during a time of war. Ghandour could be forgiven if he were to have developed a cold, reclusive and wary persona due to his experience. Yet in his exploration of the mysteries surrounding nature and the heart – two prevalent themes throughout his artwork – this inquisitive, intuitive, and highly studied artist sees in the world a warmth, truth, and beauty of nature, as well as its direct and resolute impact on the nurturing the heart and soul.

Ghandour’s creative and instinctive universe is a sensorial experience. His abstract works recall his memories and emotions – perhaps of his boyhood past – and provide a glimpse into his experiences, his many travels (he has lived in Riyadh, Doha, Nice, Toronto, Beirut, and Dubai before finally settling in Brooklyn, NYC) and his emotional self. “My environment is my inspiration. Nature, people, situations, conversations”, say’s Ghandour. “I usually carry a sketchbook everywhere I go. Thoughts ignite my imagination, which turns into sketches and paintings.”

We spoke with the artist to find out more about his journey thus far, as well as how he so eloquently manages to convey the characteristics of nature’s nurturing within his artworks.

When did your interest in the arts begin?

My interest in art began when I was around five years old. I started painting and experimenting with colors. Very expressive, paint splatters; I think my parents still have a couple of paintings somewhere. I put it on the back burner until I was 18-19 years old. I had an internship at an engineering company in Doha, Qatar that summer. I wasn’t very interested in my job and was a bit depressed thinking would be my future. I had no real passion, but a dream of wanting to do something spectacular. I was starting University that fall with no clue and no direction. After that internship, I went to Beirut, Lebanon for a week. Something happened; the People, the life, the music. The way the society presented itself was raw and energetic. It was realistic, ambitious and full of life, suffering, and dreaming; it was so poetic. Like an angel carrying the weight of the world and still being able to fly. I came back to Toronto after that summer and picked up a pencil and started drawing. I haven’t stopped since.

How has your upbringing in Lebanon and travels around the world influenced your desire to become an artist?

As far as I can remember, my family and I have been traveling. Whether it was summering in the south of France or finding a new place to live. I had to always adapt to society. To adapt, I had to understand people, cultures, flow, and movement. Conversations; to listen. This developed empathy and observation. I guess this also developed a sense of sensitivity about me as well as my surroundings. Growing up, I wasn’t thinking of capturing these observations but integrating and being part of it. Later in life, I realized that a force inside me needed to express this. I started writing, and naturally, I began drawing them out.

How do you think your time in Dubai working in advertising influenced your artistic voice?

Advertising was all about communication, about getting a message

across. Because I was working on other people’s objectives, there was a certain perimeter that I couldn’t fly out of. I could only be free within a specific guideline. It started to get under my skin because it restricted my natural ability. However, it allowed me to frame and package a creative message. Even though my work is abstract, there’s always a mind frame. There is so much left open to interpretation, but titling the work is important. It allows me to grow with the piece and fully understand my subject, and gives the audience a starting point for their imagination to go. Freedom in certain perimeters can take you to more interesting places and allows you to stay in that place for a longer time. People need something to hold on to. When I see a blank canvas, sometimes it can be very intimidating. When I look at it, I’m actually thinking of everything else but the painting. I never look for the end result; I just wait for that spark in the beginning.

What ultimately inspired you to move to New York?

It was a build up of many things, but ultimately I had a vision. I saw where my life could lead if I continued on the path I was on. Yes, I saw monetary success and material bullshit. It really conflicted with my soul’s purpose. I saw unborn children being forced by me to become the artist I wasn’t going to be. I saw the misery of an artist that never tried. I had a dear friend living in New York that gave me that push to believe in my dream. Within six months, I was here, celebrating my 35th birthday.

Once I was here, it was the energy, the people, the drive, the pure expression of people, even those overly manicured; the critic of life, the poet that never writes, the artist that only talks, and the ones that never leave their studios. Everything and everyone has a story or is living to make one.

How did your move to Brooklyn inspire your creative process?

Brooklyn is where I realized the hustle of the artist. No one is doing just one thing, juggling and using every creative part in them to make it happen. At first, I didn’t want to use my design “trade” anymore. I wanted to put that life behind me, because of the bullshit that came with having to design other people’s visions. But slowly I started becoming comfortable with that side of me and using it to influence my art, and sometimes sustaining my living. I started taking pictures of paintings and continuing the stories by using them and turning them into graphic paintings. The Sky was the limit then because after I had printed them out, I would collage over them. I started seeing how endless one painting could be. This thought began when I sold one of my first pieces. In a way, I didn’t want to see it disappear. Maybe because I was just starting to understand it, so I took a picture, then I started working on it digitally. That opened up a whole new avenue.

What inspires you to paint abstract art over other types of art?

The abstract is my source of infinite possibilities and imagination. While I’m painting I’m not so focused on what it is that I’m seeing; instead, I focused on the message that’s being delivered to me: messages from the subconscious. It’s not that I’m painting from nowhere, because I start with a thought or a subject matter,

and from there, a world of possibilities, questions, and answers evolve. When the piece is complete, rather than looking at a distinct image, it allows you to get lost in your own imagination, making the piece personal, whereby you as the viewer can always keep painting in your mind. At least, that’s what I do.

Can you describe your technique and what has influenced your work?

I’m very influenced by the environment I work out of. A lot of my technique starts before I paint. Gathering my own kind of research, observing, documenting, writing, and sketching. In the metro, and street corners. I document a lot of the city’s patchwork, sidewalks, and subway wall erosion. I envision them in color. I take all my learning and information into the studio. I usually have two blank canvases and found objects on the floor. I walk around them and paint from all angles. After I finish with one painting, I take a photograph and bring it into digital.

Which artworks are you currently working on in your studio?

I’m working on several series. One is Painted Poetry, a series of sketches and paintings of ongoing internal conversations. I’m also working on my POP series, Plastic on Paper. It’s more of my eye candy at the studio. Much like plastic!

How have your ideas of social consciousness and personal journey toward freedom and letting go of the past influenced your work?

You find all the answers in the process. You learn to turn a mistake into an opportunity. In a way, there are no mistakes. Creating a painting is like a conversation. Open for discussion. If you go into a conversation thinking you know everything, you’ll come out of it with nothing. Of course, I have my technique, knowledge, and awareness. But, I never start a painting knowing the outcome. It gets uncovered slowly, and I think that’s the poetry in the conversation. I guess that resembles my journey with people and cities. The best communication is when you know how to listen.

What keeps you busy when you are not painting?

When I’m not painting, I’m designing. Right now I’m planning something I can’t yet talk about, but you’ll be the first to know.